In December 2011, I got an invitation to join a public meeting at the local cultural center in Lenzburg which goes by the name of “Tommasini”. The team that managed the house at the time was going to quit and the desperately needed successors. I knew the house already from my youth. When I spent a lot of time there, organizing parties with my friends and just having a good time. I wanted to do something for the community in Lenzburg and thought, that my help could be used. And when the meeting was finished i got a job as Head of Administration on a voluntary basis. This is how it all began. Since 2012 I have been a member of the board and since 2014 I have been president of the association "Tommasini". The management of a creative and young cultural center has many challenges. This includes an innovative and always surprising program, the booking of artists, the bar business, administration, accounting and fundraising. I took care of it all. In the meantime I mainly coordinate and organize the tasks of the young team and support them in learning. And I still have still a lot of ongoing projects where i participate. On the next pages you will get an insight into my activities, which contributed a lot to what the “Tommasini” is today.

Tommasini is a bar and concert venue, Workshop and learning platform. Meeting place and discussion platform. A platform for projects and crazy ideas. For wild parties and sensual jazz concerts. An experimental field. A place of encounter and encounter Exchange. In the walls of the former pasta factory at the edge of Lenzburg. (extract of the concept from 2017) 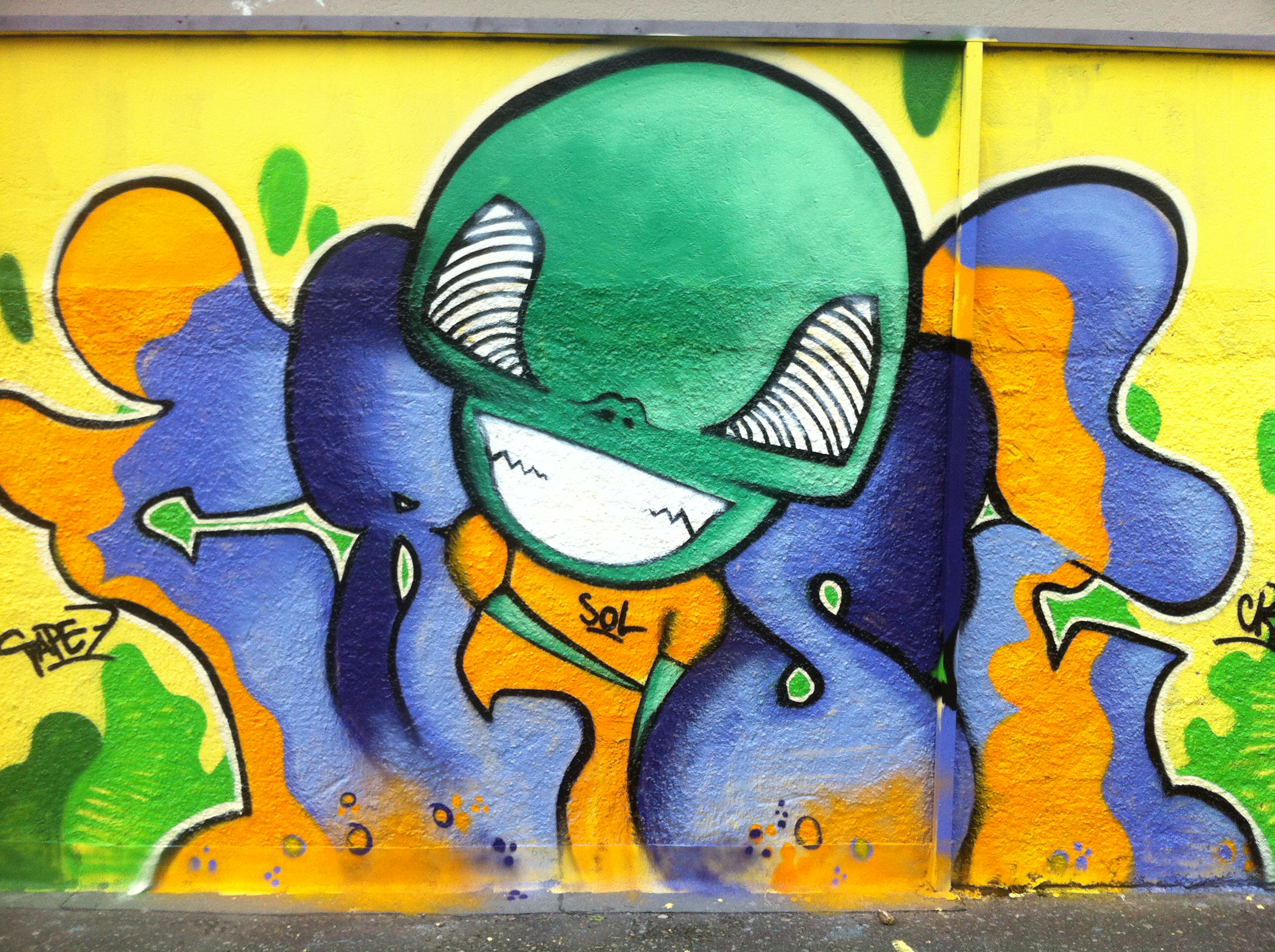 I am “Crise“. From the rebellious flavour of painting where you want to the art of designing letters up to creating crisp colour concepts. I soaked in everything that i could learn about Graffiti. I even would say that «Crise» is a big part of my personality today. Graffiti also was my first medium for artistic expression. I liked the technique of painting with spray cans and to be able to paint big surfaces. Because, why do it small, when you can do it big. Today, Graffiti is my getaway from the busy daily life. I also organize Workshops and created a “wall of fame” on the exterior walls of the Tommasini building. 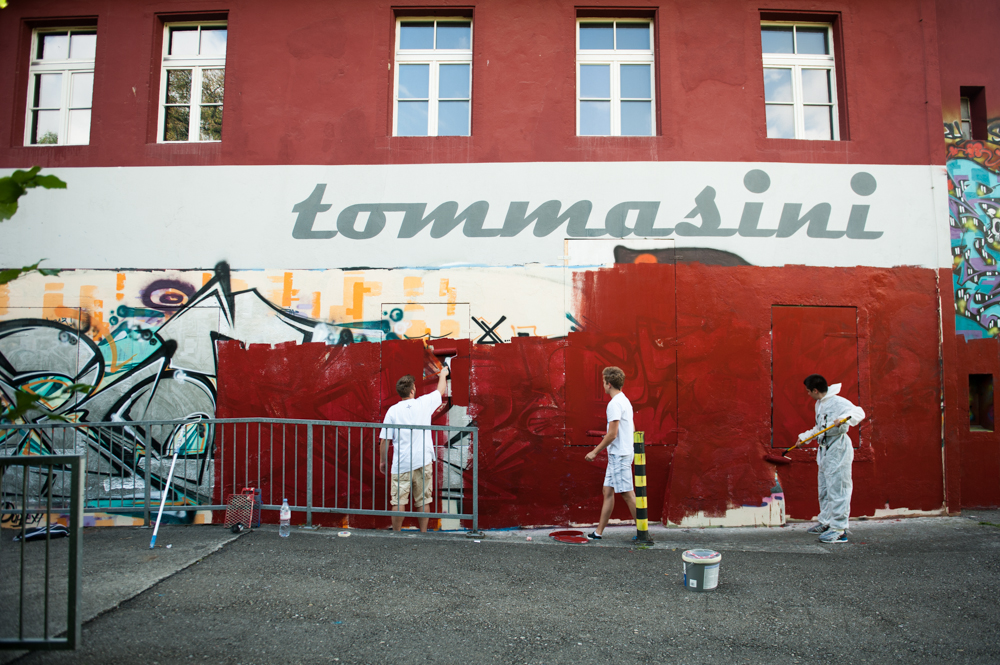 As I evolved as person, and the Tommasini with me. We wanted to become more than just a party location. So one day in the spring of 2013 i organized an open house event, to find people who are interested in organizing new things in Tommasini. There was a guy named Fabian Frei, who should accompany me to this day, who had the idea to organize an art exhibition which occupies the whole house for 1 week, i was totally enthusiastic about this so we organized the first “Guck mal Günther Kunst” in Tommasini in September 2013. Until today “Guck mal Günther Kunst” is a melting pot for young talented artists and its relevance and fame grows every year a little bit more.

From 7 to 17 September 2017 the festival GUCK MAL GÜNTHER, KUNST celebrated its fifth anniversary in Lenzburg. The association of the same name brings together a wide variety of disciplines and contemporary art movements in a dialogue. "Günther" has developed into a platform of supraregional relevance, especially in the field of fine arts. In addition to dance, performance, literature and music, the program - which takes place within the exhibition - also includes two theatre productions. On the occasion of the anniversary, the collective asks what role the arts should play in social change. (extract of the concept from 2017)

In 2017, times have changed and so did the requirements for “cultural centers”. With the growing of “DIY culture” and “Fablabs”, and the growing desire of people to not only consume “culture”, but to create it themselves, we wanted to reorganize Tommasini and create a space for this needs. We founded a new association in the house which is called “Kunststätte”. The goal of this is to provide a fully equipped workshop, space, courses and exhibitions of the things created in the “Kunststätte”. The project started successfully and is in full going now.

The newly founded community of interest “Kunststätte” would like to initiate a project for the construction of an art gallery. The aim is to promote and establish the house as a place of artistic exchange and creativity. The goal is to create a cultural centre for creative development and to serve as a meeting point for artists and art-interested people from the region and beyond. (extract of the concept from 2017) 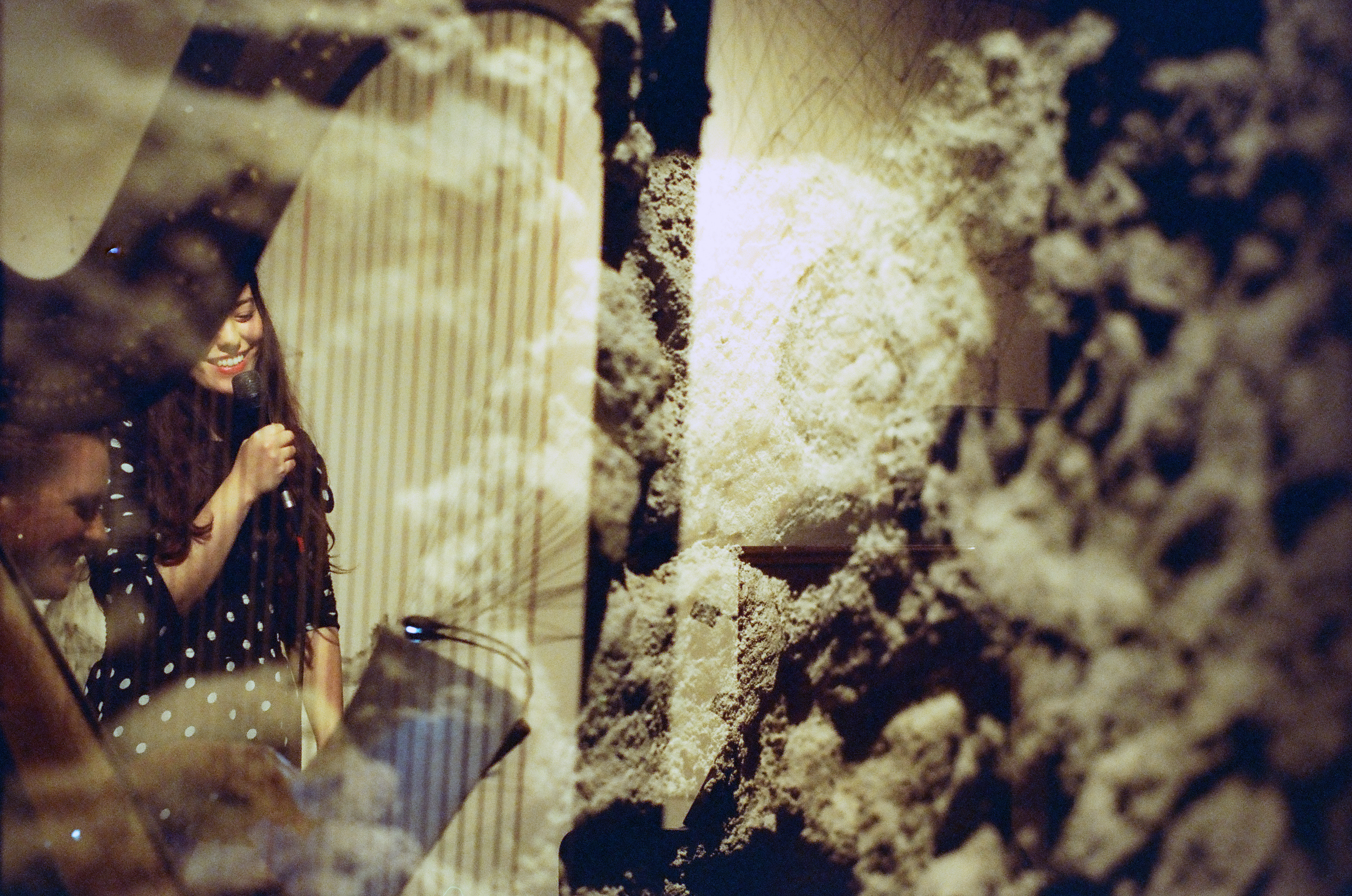 What comes next? In the future i will focus my engaging in Tommasini on making the step into a digitalised world, the so called digital transformation. I want to build and integrate platforms which ease and partially automate the processes in the house. Some of the projects have already started, others are still in the conceptual phase. The “tommatomat” is one of this projects: 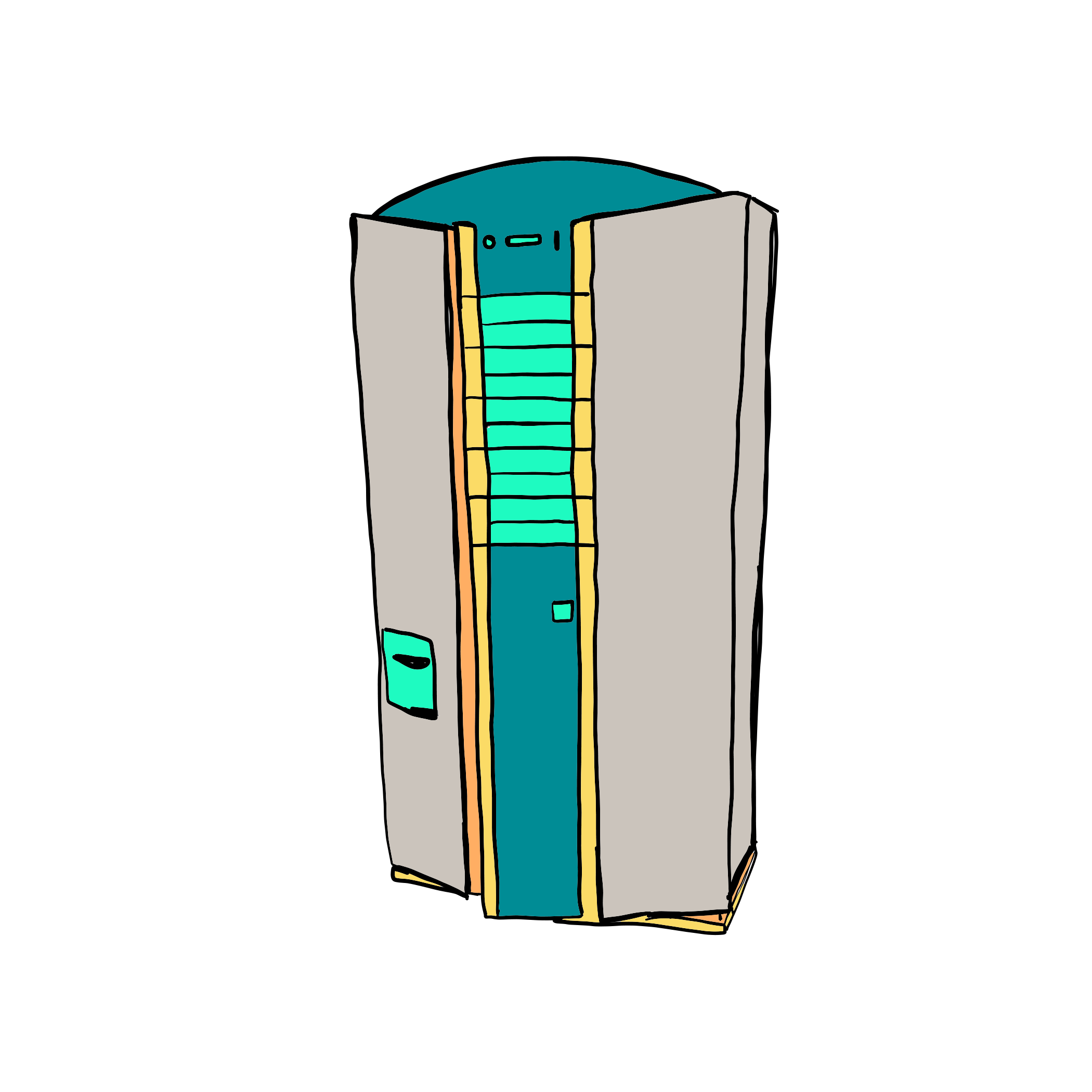 The idea of the "tommartomat" is to provide a platform for designers and artists as well as to enhance the Tommasini with an attraction. There are always exhibitions at Tommasini and it would be nice if the guests who don’t want to afford an original artwork could take a souvenir with them but to keep a gift shop running would take too much ressources. Additionally there will be marketing products from stickers and USB sticks to socks and also stuff for the daily need in Tommasini, like gaffa tape or cable ties. We could offer anything that doesn't exceed a certain value for sale in the “tommartomat”. For me, it is also a wonderful interaction design concept that gives me the opportunity to build a machine that enables a "real" experience, i. e. an immersive interaction and becomes part of the house. 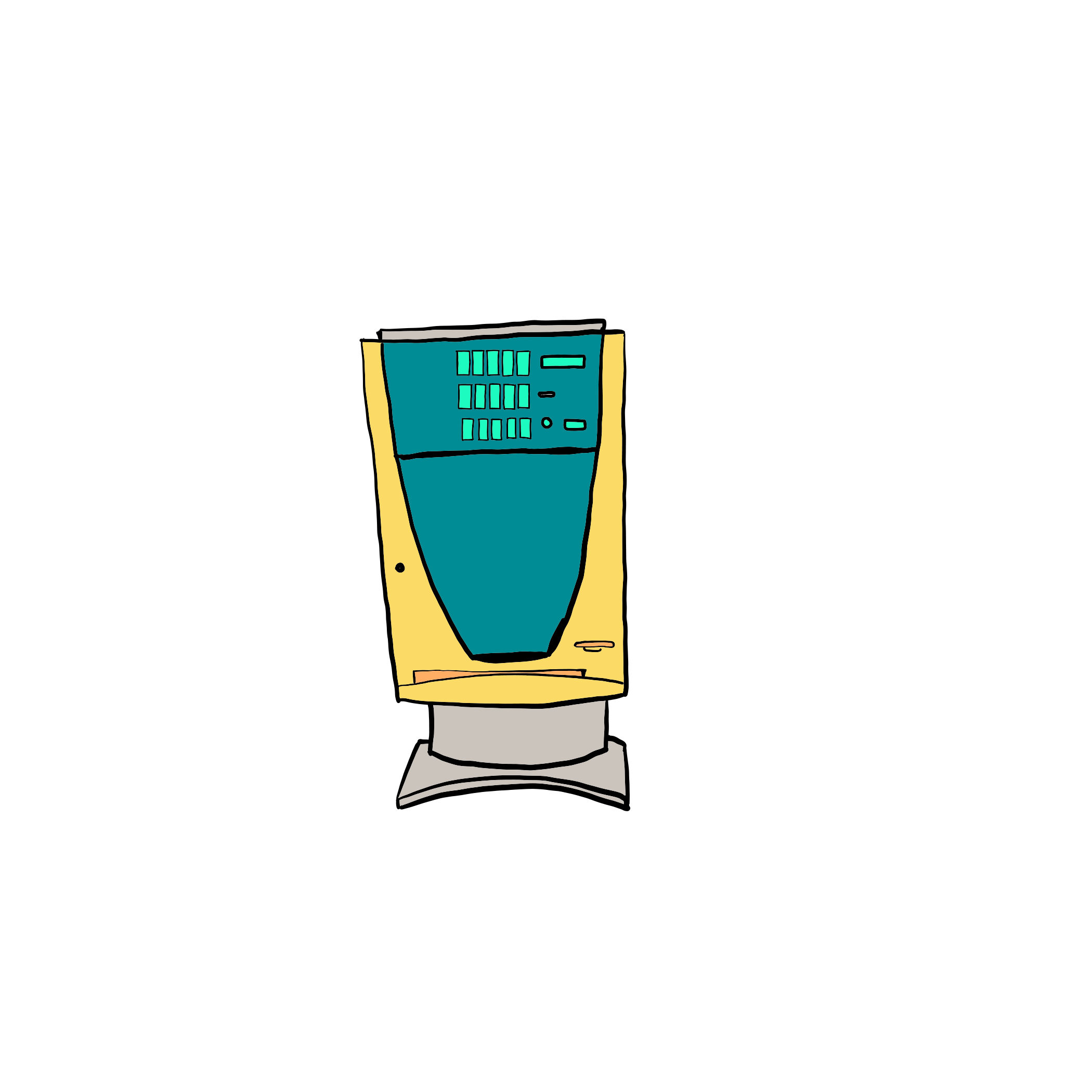 My passion are light and video-installations, where i get hands on or manage projects. In my daily life i'm a support analyst for web- and mobile applications, where i'm the person between the business world and software development.